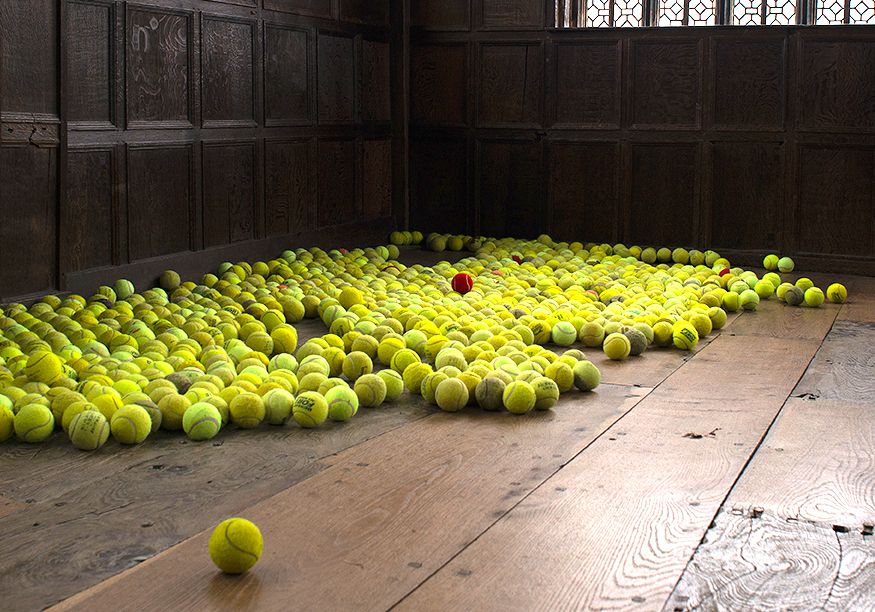 Hilary collected over 1.000 tennis balls from Wimbledon and regional tennis clubs which she then filmed as they were released into the gallery, revealing the effects of the passing of time and the climate on the architecture of the building.